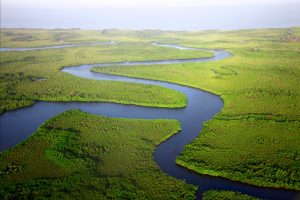 Through the years, there have been several theories used to describe culture. Since culture is so hard to describe, having a theory to try to explain it makes sense, but how much sense does it actually make when you are living in the midst of a new culture? Do you actually remember to apply the theories?

Below I describe two well known theories and add my own thoughts about culture. I hope you will find it helpful in your global work.

Culture is like an Iceberg: The top visible 10% of the iceberg is what one sees when in a new environment. The way people dress, the way they talk, what they eat, the cars they drive, the buildings they live in, etc. The bottom half of the iceberg states that 90% of the iceberg is not visible. You can’t see how people think, what they are feeling, how they process information, how they learn, etc. This theory is very popular, and does help some individuals grasp the concept, but doesn’t allow you to experience culture in the moment. It’s too mechanical.

Culture is not a “thing.” It is a state of being where groups of people and individuals act on their beliefs and those beliefs are what govern their behavior.

The second theory is Culture is like an onion. To effectively understand it, imagine an onion, and like an onion, you peel each layer of the skin, which brings you deeper into the core of the onion.

It takes time to get understand your co-workers, colleagues, clients, business partners, etc., that is because people are growing and developing all the time, they are not fixed. Their behaviors can’t be peeled away.

In my opinion, culture is about feelings, perceptions, attitudes and behavioral processes coupled with action, all of which allow the existence of what is, and change of what could be, to surface. The collective mentalities of a society are what govern their culture.

Understanding culture and cultural differences or similarities, for that matter, is about suspending your own judgments about how you think things should be and to look at what really exists, what is real, right in front of you.

This type of understanding takes time to develop. As you spend time in a new country and allow yourself to become submerged in a new culture, the invisible things that were not apparent in the beginning start to surface. What seemed strange, different, mysterious or even dangerous is no longer there. This mental shift is what allows you as a leader to begin seeing things with a fresh perspective; it is what gives you the ability to lead effectively in any surrounding.

Let us explore a new approach. What I call: “The River Theory,” the idea that culture is always changing, slowly and steadily changing, like a river. Rivers change very slowly as they flow steadily along their paths. Rivers are guided by the energetic pull of gravity and it is the contours of the Earth’s surface that allow rivers to shape themselves. People in different societies also shape themselves. They too are guided by their surroundings.

Like the shifts and changes of the river, which are not noticeable to the naked eye, people’s attitudes about life also shift and change with time, those attitudes may not be so noticeable at first, but eventually, they will be impossible to ignore.

Let me give you an example: What was popular 50 years ago, or even 10 years ago may be passé today. That is because people define culture. People define the way of life they value and adhere to; they shape themselves within their own societies, inside their own boundaries.

Just like the banks of the river are its boundaries, societal rules are a culture’s boundaries. Banks give a river its shape; it holds it together so to speak, just as a river has direction, shape and boundaries, so do people of different societies. People make a culture, they are the boundaries of their own identities; they and their laws become the way they choose to govern themselves. People define culture.

Culture and a river are similar in that aspect as they both are part of an existence. Both encompass their surroundings and eventually become part of it.

Are you encompassing your surroundings? Are you becoming part of it, flowing and changing ever so slowly towards mastering ease of operations in your new environment?

In my work with global leaders, the most successful ones are the ones that don’t follow any particular cultural theory. Instead, they flow, like the river, in a constant state of development and growth towards greater understanding and assimilation. This attitude is what allows them to not have to theorize away differences, but instead embrace them, work with them and flow along with the processes of what governs their new surroundings.