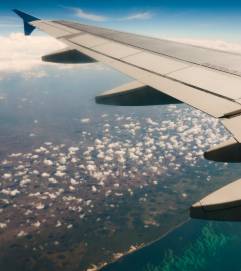 An expert from India was brought to the United States to open a plant in Mexico.
This type of work was not new to him, it was what he had been doing his entire career. His job was to travel to different parts of the world, open factories, set up operations, and once completed, leave to another part of the world and do it all over again.

Selecting the right plant location, building alliances, ensuring operations would run smoothly, were just a few of his tasks. His most pressing matter, was selecting the proper team of individuals to run the plant after his departure.
He knew something about American culture, but little about Mexican culture. Most of his knowledge came from reading a few books. I was hired to assist him.

The work we did was specific, targeted to his assignment, and in alignment with his goals and personality as a leader. After he grasped an understanding of how he naturally did things back home we, then, contrasted it with the two cultures he was working in.

The US and Mexican cultures were a bit different for him, but after he was able to contrast similarities and differences between those cultures and compare them to his own, he quickly adjusted his management style and completed the project within the six-month deadline.

While working with him, he realized that the initial team he had handpicked and was planning to send to Mexico was the wrong crew. This understanding, allowed him to make a much needed decision that had been bothering him since starting the assignment. “Who should the team be?” The key success of the entire assignment lay in answering this question correctly, there would be no second chance.

During our follow-up meeting, he said, “I had the wrong team on board, I quickly fixed it. I simply told those who were not the “right fit” that they would not be going, I told them that they would be flying over Mexico, but not landing.”