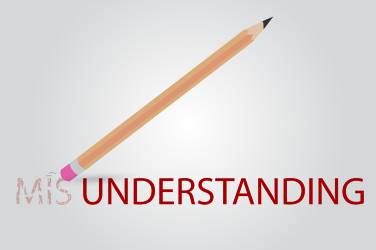 Sometimes a company tells you they need one thing, but they need something entirely different. They want a training program. What they need is global consulting, because they want to work better with their German counterparts.

This is what I encountered when I was hired to assist a company who was experiencing difficulties with their overseas German teams. Both sides were complaining about the same issues. There was much confusion, relationships were damaged and the work flow was at a near halt.

After careful observations, it was determined that the employees of this company did not need training. They were quite savvy on cultural intelligence. Instead, they needed to explore beliefs and practices.

The Americans would say the Germans were rude, bossy, inflexible, difficult to get along with, and so on. The Germans would complain that the Americans were sloppy, childish, too sensitive and ego driven. Both sides were frustrated.

Below I demonstrate beliefs held by both sides that was causing this company pain:

Americans value freedom and the ability to be themselves. The reason Americans have an unconscious desire for social acceptance, is not to feed their egos or to be part of the herd, but because they want to feel that they are free to be themselves.

On the other hand, Germans have a strong desire for certainty and clarity, and value this much more than freedom.

The American style of criticism is friendly and accepting, showing the other person that you accept them by taking care to consider their feelings before giving negative feedback.

Americans communicate the need to make adjustments in performance, but do it in a way that the other person will know it’s not personal, and he or she is liked and accepted.

The German style is designed to convey certainty and clarity.

Germans come right out and say what they don’t like and keep it clear and certain by not softening it or making it subtle.

Imagine you’re at the supermarket with a friend and your friend’s two year old is misbehaving but your friend isn’t doing anything about it. If you’re an American you might say, “You have such a great kid, he has so much energy and enthusiasm. I wonder, do you think it might be a good idea to be a little firmer in setting boundaries with him?”

If you are German you might say, “If you don’t discipline your child, he could grow up to be a criminal.” Now that’s certainty and clarity!

If the person on the other end of the phone, in Germany, isn’t happy with what you’re saying or doing, you’re likely to get a criticism that will seem, to an American, to be heavy-handed, blunt and so tactless as to be downright rude. However, the German is just giving you constructive criticism in the style in which Germans prefer to receive it.

The above story demonstrates what was happening in this company. To launch a full blown training program would not have been as effective as pointing out the 90% – 10% rule of cultural engagement.

In this company, people were operating from the precept that Germans and Americans are both direct when speaking. Both sides blamed the other for rudeness, because both sides thought they communicated exactly alike. With directness, which is the 90% rule, we are 90% alike.

As this case study shows, both cultures can be direct, but in slightly different ways. Here is where the 10%
rule applied.

Although 90% similar, the 10% difference was where the complications were happening.

Training would not have solved this problem. It was not a training issue, but a perception challenge.

After applying the 90% – 10% rule, production soared and relationships healed.