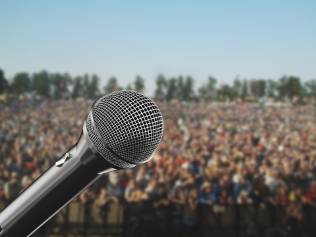 Reasons You Should Learn “Indirect Speak”

Indirect communication is seen as being weak, deceptive, subversive, etc. If you’ve been in some cultural communication training classes you may have experienced the following:

Direct communication is more effective than indirect.
People who speak indirectly are broken and need to be fixed.
If you don’t communicate exactly what you mean, (say what you mean and mean what you say) you are not trustworthy and should be ashamed of yourself.
The world would be a better place if only everyone would speak directly.

When I work with executives, I go against the above presumptions.

Why? Because most communication courses are taught by those who are direct in their communication styles. However, most global leaders will be conducting business with the billions of people in India and China, or the millions in South America, or southern Europe, the Gulf, or Africa. A global leader needs to learn effective communication tactics and not expect others to adjust for them.

If a leader is from a direct communicating culture and must conduct business in an indirect speaking culture, they will need to learn “indirect speak.”

Mastering the techniques needed to speak and decode indirect speak is valuable even in cultures where direct speaking is the norm. An example, even though Americans prefer direct speaking, there are degrees of directness that can be applied when communicating with Americans. Stating things too bluntly will be perceived by an American as being extremely rude. See my article: Cultural Communication Styles Americans and Germans Speak, for a clearer understanding of how subtle direct speaking can be perceived in the United States.

For now, back to my point. If you want to appeal to over three billion people around the globe, than I urge you to learn “indirect speak” and to learn when and how to use it effectively. I will provide you with a few good reasons why this skill is of benefit:

The best reason why “indirect speak” will help you is because:

People will do business with you!

If you are able to communicate with indirect speakers and understand what it is they are saying, or not saying, you will be sought after. They will respect you and view you as credible.