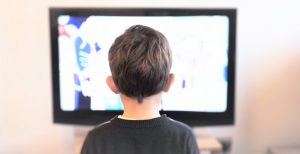 One of the first things I do when I travel to a different country is watch TV. I watch programs and commercials. Why? Because it is a free cross-cultural training lesson.

TV can teach you a lot about culture. For example, American programs have individuals who against all odds, prevail. This person, is usually a loner, mysterious, will usually go against the flow, break rules, not follow orders, he or she will always have a deep insight to an important hunch that they must see through. They will always save the day and will still be admired and respected by others.

Americans love this type of “rugged” individual, he/she will often times appear to be rough on the surface, while having a softer side that is only shown to a special few.

Examples of such characters are plenty. In the TV show 24, Kiefer Sutherland saved the world, not once, but many times. He was the hero who made many mistakes, but was still admired by everyone.

In the current and popular TV show, Justified, Timothy Olyphant plays Raylan Givens, a tough federal marshal who is a loner, quiet, mysterious, not to be underestimated. He has a special way of enforcing the law, “his way.”

These types of characters play into a predominate American cultural value, that of the individual who is loved by many for their radical ways of behaving.

Even female characters portray similar facades, like Clare Danes inHomeland, and Keri Russell in The Americans.

Each culture has their way of portraying what they value. Below are a few American values:

Americans value success and material things, in some ads, you may see people living extravagant lifestyles, while alluding that you too can have it all.

Americans like to be prepared, so American Express tells them to get their card, and “never leave home without it.”

Watching TV teaches you what a society values.