By Alexa A. Vasquez 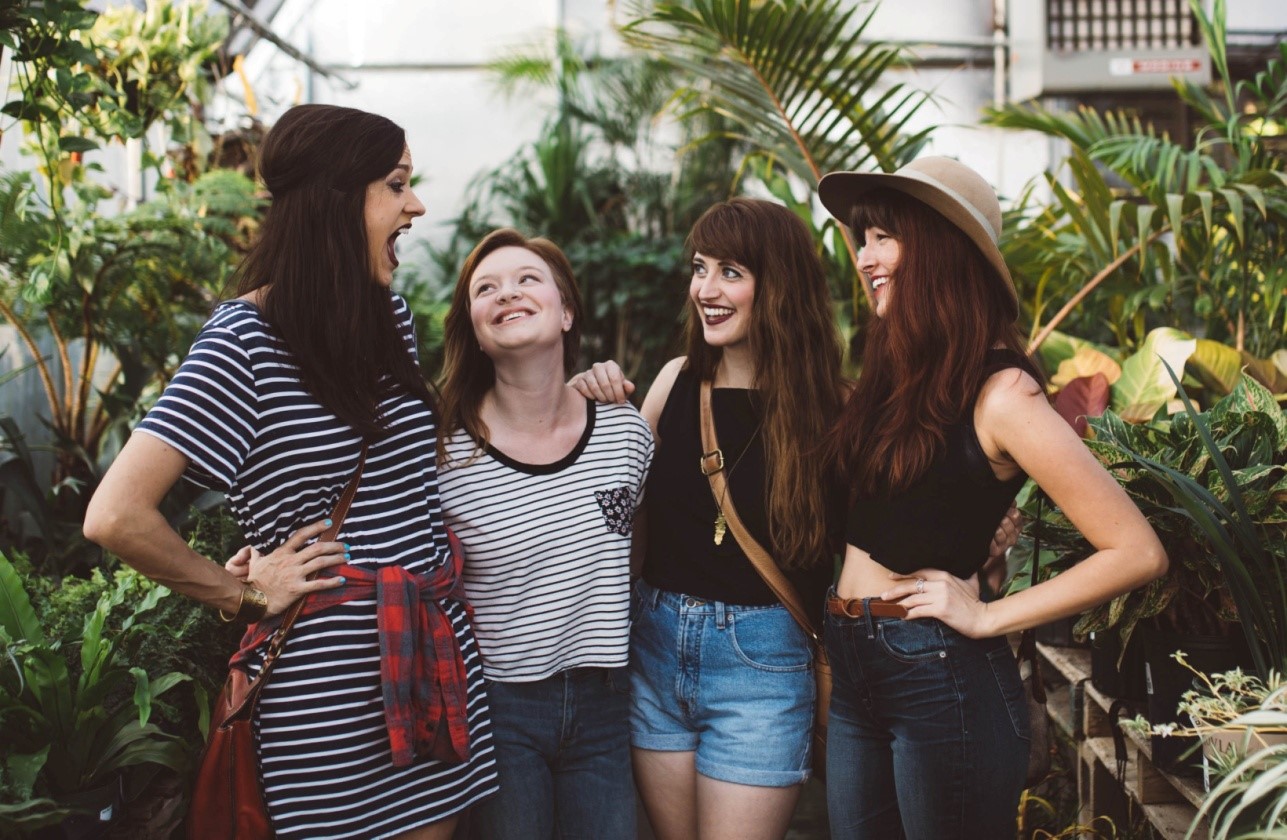 The first time you watch the movie The Sisterhood of the Traveling Pants, the last thing you think about is how the four main characters influence your perception of women, which in turn influences your behavior. Meet four best friends: Bridget – the wild one; Tibby – the rebel; Lena – the conservative romantic; and Carmen – the writer. The ties that bind these four girls together are a give-and-pull strength; they lean on each other in times of need, they ask and give each other advice, and they admire one another. After finding a pair of jeans that fit all of them, not all being the same size or body shape, the girls believe the pants have some kind of magic powers and therefore form a sisterhood, where they agree to share the pants throughout the summer, sending them in a rotation back and forth to each of their summer destinations. The jeans were not magical, however their symbolism of unity is what gave the girls the courage they were seeking to be bold and overcome the obstacles that lay before them.

It is not the story of the pants however that influences your perception of women, but the personality and the behaviors of the girls themselves. Bridget projects herself to be the playful, flirtatious, oversexualized athlete who is the social butterfly of the group. Tibby is introverted, sensitive, wants to defy authority but shows warmth, compassion, and maternal nurture towards the group and others. Lena’s personality is shy, yet creative, having a hopeless romantic mentality, while her clothing choices are that of conservative and years beyond her age. Lastly, Carmen is intellectual and prides herself in being a deep-thinker able to share her knowledge and wisdom. These four girls embody the essence that is the representation of the anima archetype, which is believed to influence behavior and personality development according to one of psychology’s most influential Freudian psychoanalysts, Carl Jung. This belief gives to reason that the anima archetype causes the completeness of the collective unconscious, affecting our behavior and personality type. 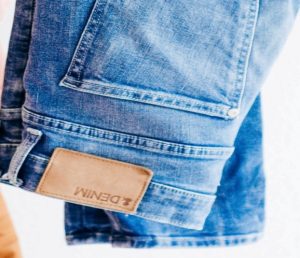 It is suggested that the above theory known as the collective unconscious, is a belief in which behavior and personality are driven by humanity’sability to share and reflect upon evolutionary history throughout time and space (Hockenbury&Hockenbury, 2014).Within Jung’s theory of the collective unconscious is the concept of archetypes; a concept that is thought of as forming the basic structure of personality, which ultimately is an effect of the theory.

An archetype is said to be the essence of symbolism derived from attitudes, emotions, and past experiences by which humans identify themselves. Within this concept, there lies a duality between male and female images, referred to as the anima and animus archetype, which is identified through the various personas’s that humans externally portray.

The anima represents the female essence, while the animus is a representation of the male essence (Blanco, 2014).This thought is represented repeatedly through pop-culture media and icons (as shown by the four best friends in The Sisterhood of the Traveling Pants), literature, and history a like, all influencing the public as a means in which to identify themselves through expressions such as clothing and hair choices, behavior, and ways of thinking.

The following will focus on the anima archetype and examine the ways in which the four stages of anima archetypal development, as described according to Jungian psychology, are represented through literature, history, and pop icons as they influence behavior and personality development.

Jung’s four stages of progression through archetypal development begins with the Eve, or the raw, pure and playfully innocent energy which evolves to be the temptress and the culprit of original sin, a depiction originally derived from the Bible (Blanco, 2014). Many believe that this type of imagery exploits women as being oversexualized, evil beings that lead men into temptation.

In today’s culture, this type of persona is referred to as a woman behaving as a slut or a whore; where all women are oversexualized, whose goals are to influence men to give into temptation. It is also believed that if a woman shows her body in its nude form, free from the restriction of cloth, only amplifies the perception that women are evil. This however is a great misconception.

The embodiment of the Eve has been adopted by many influential female figures throughout time, in such a way that breaks the barriers between the innocent, playful virgin and the evil trickster, deceiving others, which is how some perceive Jung’s concept. On the contrary, the Eve can represent a positive model of sexuality, encouraging women to be proud of their nudity, offering independence and a unique personality to the individual who chooses to embody her energy.

Madonna’s archetypal image of the Eve directly influenced her followers’ behavior and personality most prominent by their mimicry of her dress, hair styles, and attitude toward men (Blanco, 2014). According to Jung, the character of Bridget in The Sisterhood of the Traveling Pants, would be considered the Eve as well. Her personality can be related to viewers of the movie that most identify themselves with her, which in turn influences the viewers’ behavior to be just like Bridget, just like Madonna, just like Eve herself.

The second stage is embodied by Helen, a representation from a classic literature piece as the elegant, romantic woman with a more subdued, maternal look, inspiring men to do good deeds (Blanco, 2014). Based on common societal stigma, the Helen is perceived to be the innocent damsel in distress, waiting for the man to save her. The romantic side in this type of woman constantly drives her to seek love and men she can be a muse to. The male perception of the Helen is that there is no real woman that can live up the expectations of the male psyche, meaning women will forever be dependent on the dominant male and live to only serve the sexual desires of men (Scott, 2000).

In classical Greek mythology, the Helen is relatable to Aphrodite, the daughter of Zeus and the goddess of love, romance, and beauty. Aphrodite’s intoxicating beauty was said to make men fall to their knees before her, offering her their willingness to take care of her and do anything for her (Lindemans, 1999).

In today’s culture, Aphrodite’s energy is manifested by the Cupid, bringing men and women together, uniting them with love (Aphrodite, 2012).

This particular image of the Helen in a historical context drives humans to believe in love and lust in a positive light. Aphrodite was caring by giving gifts to men, not allowing them to take her strength away from her, using her beauty as her confidence (Aphrodite, 2012).

Many women of today use this same idea as a means to identify themselves, behaving in a way that shows their beauty as a means to stand up to the male perception of the female. In the movie, Lena is the essence of Helen, finding strength within her beauty that gives her the confidence to establish a relationship with a man.

These examples of the anima representation strengthen Jung’s idea of the archetype as the basis of personality development.

The third stage is represented by the Mother Mary, a symbolism of love, devotion, and the motherly urge to nurture, another energy derived from a well-known historical Biblical context (Blanco, 2014). This image is seen most as the woman’s place in society should be the lady of the house: performing the housewife duties of cooking, cleaning, raising the children, and supporting the husband emotionally.

This idea leaves no room to foster a woman’s urge to nurture and care for those she loves and surround her, but instead marginalizes the woman as being weak and dependent beings, incapable of growth and career success. This particular stigma of the Mary does not have to leave women in the kitchen.

Take singer/song writer, entrepreneur, and empire building, Beyoncé Knowles for example. She made the second-youngest female to make Forbes’ America’s Richest Self-Made Female Multimillionaire’s list in 2015, grossing over $500 million since she decided to be a solo music artist (Savchuk, 2015).

In addition to Beyoncé wealth, she is a mother, a wife, and a positive influential female figure that influence’s women of today to get out of the kitchen, show their love and devotion to their loved ones, while continuing to grow, flourish, and be independent. Although Tibby in the traveling pants movie is introduced as being the rebel, she grows into becoming this compassionate, loving, and independent girl as a representation of the Mother Mary and cares for those that surround her. Jung’s Mary archetype can very much empower women to be free of the kitchen stereotype, but use the Mary energy to show their devotion and motivation in all aspects of their lives.

The last stage of development, identified by Jung as the anima archetype of Sophia, the image of wisdom and enlightenment, offering guidance and spirituality (Blanco, 2014), many believe that women are incapable of providing wisdom to others. Women are viewed as being inferior and unknowledgeable. Like the others, there are many female figures throughout history that challenge this school of thought, using the essence of Sophia to bring enlightenment to all. For example, Agnes GonxhaBojaxhiu, otherwise known as the Mother Teresa, traveled the world providing enlightenment, taught Catholism, built houses for the poor, and opened missionaries for all to come and worship after receiving inspiration by a call from God. From 1946 until her passing in 1997, Mother Teresa was loved by all and looked-up to by men and women alike (Catholic Online, 2016).

Her embodiment of Jung’s Sophia provided guidance and wisdom to those in need. Her grace and compassion filled both religious and non-religious persons with faith and love, which ultimately inspired many to be better people and do good deeds.

The character in The Sisterhood of the Traveling Pants of Carmen is best related to Sophia as well; her wisdom and knowledge as a writer offered her friends guidance and strength to continue on their journeys of self-discovery.

The analysis of these various personas strengthens the cause of the archetype as the core to the collective unconscious by giving a clear example as to how a pop-culture icons and historical figures can influence the behavior of others by setting an example for the public to mimic.

Through the various multiple personality types examined above, humans have claimed these identities as their own, which in turn supports Jungian psychology as a means of person identification and expression of personality type through archetypal development. Without the concept of the archetype influencing behavior and personality, the theory of the collective unconscious would cease to exist. Primarily focusing on the anima, it is clear that the symbolisms of the four stages of archetypal development as described by Jung, is in fact all around us and has been throughout history, time, and space.

Savchuk, K. (2015). Young and rich: these self-made women are just getting started. Forbes. Retrieved from: http://www.forbes.com/sites/katiasavchuk/2015/05/27/young-and-rich-these-self-made-women-are-just-getting-started/#637db3d6761f

Scott, B. (2000). Personification of the anima. Retrieved from: http://www.the-intuitive-self.org/scripts/frameit/author.cgi?/website/author/memoir/supplements/anima_personified.html